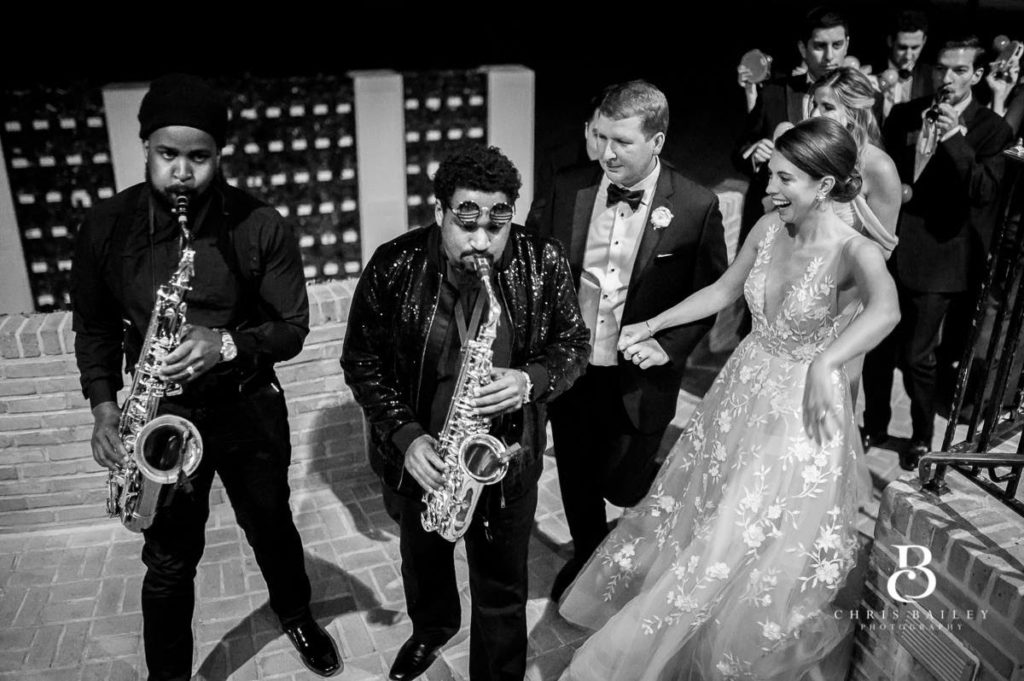 The Second Line parade is a staple of celebration in New Orleans culture. The tradition, which has its roots in West African circle and ring dances, was originally a ritual in funerals and other processions. The Second Line features two sections. The first line is a parade of the brass band, a parade leader, and those being honored. During the procession, parade leaders flash ornamented umbrellas, while the brass band plays and everyone dances. The second line is made up of the party goers and participants in the ceremony, who strut and dance to the beat of the band. Heralded by the blare of an approaching trumpet or thump of a tuba, these colorful, vivacious parades welcome audience participation! 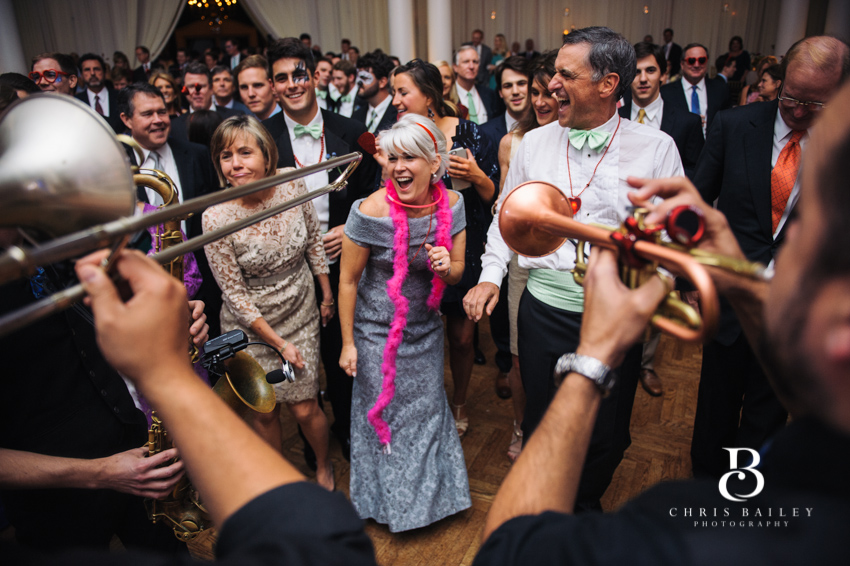 The Second Line’s rich history starts in Louisiana with the introduction of Social, Aid, & Pleasure Clubs (SAPCs) which provided financial support for sick and deceased members when Jim Crow era insurance companies refused service to freed people of color. The SAPCs created the “jazz funeral” which entailed a solemn march followed by a celebratory parade. These jazz funerals would pave the way for the Second Line’s popularity in New Orleans, as SAPCs began to throw annual public Second Line parades in their own communities.

Over the years, the tradition has evolved musically but still remains a celebration of life at its core.  In New Orleans, there are thousands of Second Line Parades every year for weddings, funerals and especially Mardi Gras. Second Lines are even thrown weekly all over New Orleans as a way to come together and socialize as a community. The infectious energy of the Second Line has even made its way into Houston, with many couples celebrating their wedding day with the big brass band and parade to end the evening. Our neighboring friends in Louisiana have brought a Cajun flair to Houston, and we love seeing the trend catch on in Bayou City! While parades and big weddings have been put on temporary hold for now, we can’t wait to get back to live music!