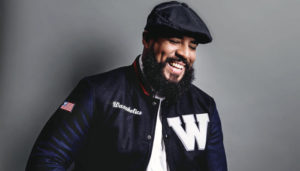 From the beginning it has always been about the people because “they are who make the party.” Dj Big Reeks felt as if he knew the element of keeping people dancing and that has motivated him ever since. Reeks passion for music started at his parents house parties in the early 80’s. Pretty soon he was throwing his own house parties with his brothers and creating a buzz in the hood. As the party outgrew the house, Reeks moved over to Yao Ming’s restaurant and his first monthly event was born. Yao’s ended in 2007 after Reeks graduated college, but that one party created the pathway to what is now a full week of events including a six year residency at Fox Hollow for Sunday Funday, and five years of The Waxaholics. Some of Reeks recent events include the BET Awards (Los Angeles), Super Bowl LI events, The House of Blues with The Suffers for NYE, The Beer Bash, The Houston Oktoberfest, The Essence Festival in New Orleans, SXSW, The Houston Texans Draft Party, The Houston Beer Fest, Hollywood Hills Private Pool Party, and The Houston Polo Club, while also making a guest appearance on Ahfficial Radio in Brooklyn and deejaying weddings in Puerto Rico, Puerto Vallarta and Jamaica.