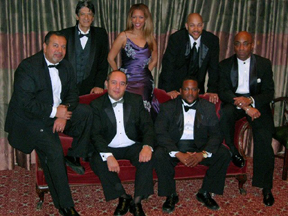 Jaime Casco is a native of San Salvador, El Salvador. After moving to Houston, Texas he studied at the University of Houston to further his music education.

Jaime has performed in many of Houston’s fine Country Clubs, five star Hotels such as Intercontinental, Hotel Derek, Omni, Westin Galleria and for many private events and corporate functions such as Exxon, Texaco, NASA, Neiman Marcus and Shell Oil Corporation.

Jaime has performed in Valencia, Venezuela at the First International Festival of Bolero with Lucho Gatica, Art Deco Festival in Miami, Florida, in Japan with “Brotherhood”, Mexico City, Canada and Central America where he has captured audiences with his style, not to mention he has also performed for President Bush.

Jaime Casco brings you a versatile musical range from Jazz, Pop and Latin. Jaime’s ability to perform with bass pedals and multi-keyboards all at once is as amazing as his wonderful personality and true professionalism.

Jaime is also very experienced in the field of recording and he is a great musical director. When Jaime touches the keys to a piano, you will instantly feel his love of the art of making music.

Jaime Casco whether its solo, duo, trio, quartet or five piece ensemble consists of diverse and unique talent with a mission in mind to give the very best of contemporary Jazz, soulful R & B, Pop and Latin grooves to an audience in an original performance. Jaime is a kaleidoscope of pure awesome music for any event.