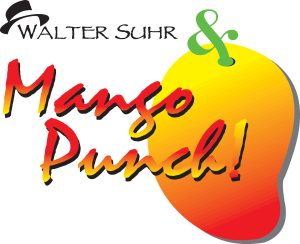 Six-time winner in the Houston Press Music Awards, Mango Punch! has consistently received praise from the press for the energy of their live shows and the quality of their recorded original music .  Mango Punch! has performed in prominent concerts and events, like the pregame show of world-renowned Super Bowl XXXVIII and the inaugural ceremonies for Major Bill White and Major Annise Parker of Houston.

Walter Suhr, the band’s leader,  has won a number of songwriting awards including among others:

Walter Suhr has written and produced commercial jingles including the Spanish campaign song for Hillary Clinton in 2008, and theme songs for the Houston Texans and the University of St. Thomas.  He also co-wrote and performed the national Christmas campaign for Wal-Mart “Navidad en Familia” for which he won an ADDY award.

Their TV performances include shows for local stations of all the major Networks, including ABC, NBC, CBS, PBS, Telemundo, Univisión, Galavisión and Televisa in Mexico. The video of their song “Qué me pongo” was made famous internationally through heavy rotation on HTV, MTVs and VH Uno.