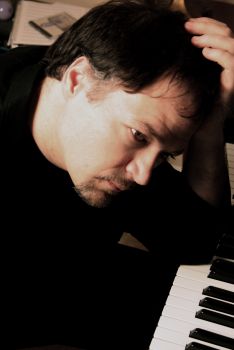 Influenced by the music he heard while growing up in the 9th ward of New Orleans, Matt Lemmler is considered to be one of the most original jazz pianists to emerge from the birthplace of jazz. After completing his bachelor’s degree at Loyola University in 1990, Lemmler moved to New York City, where he received his Master’s degree in Jazz Performance and Composition in 1992 from the Manhattan School of Music. Shortly after returning to New Orleans in 1994, he was hired as a pianist for Andrew Lloyd Weber’s musical, “Phantom of the Opera”, and toured the US for 4 years before returning home to work iwth New Orleans jazz legend Pete Fountain. He taught Jazz Piano and Arranging at both Loyola and the University of New Orleans and was recommended by Ellis Marsalis to replace him as the Assistantn Professor of Jazz Piano at the University of New Orleans. In August 2005 fate stepped in and Hurricane Katrina changed his life forever and he relocated to Houston TX.